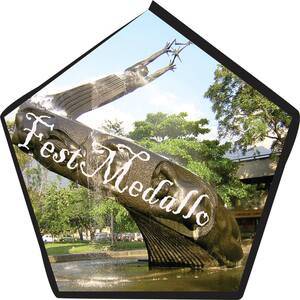 The Medellín International Film Festival (FestMedallo) will celebrate its 7th Edition from February 10 to 13, 2022 in Medellín, Colombia. This festival has as mission to be a space for the projection and diffusion of films from all over the world; and is a platform for sponsors of the global film industry to select projects and directors to finance them. In its previous editions, 10 projects were chosen to be financed entirely by the private company. In addition, the Festmedallo is a showcase where personalities of Latin American cinema meet. For the third edition we expect to have an audience of seven thousand spectators.Sfilmmaker is our exclusive platform for cooperation in China, and we look forward to your good film.

1.- The submissions to the FestMedallo are open for feature films and short films of fiction, animation and documentary, national and international. 2.- The films can be of any subject. 3.- The filmmaker can enter as many films as he wants. 4.- The length of short films is less than 40 minutes; for feature films it will be over 41 minutes. 5.- Productions have to be presented in the original language, but with subtitles in Spanish or English if that is not the language of the film. 6.- The FestMedallo will be held from February 10 to 13, 2022, in Medellín (Colombia). 7.- FestMedallo declines any responsibility regarding the infringement of images, people and audio that are in the film without proper authorization. 8.- Movies that attack any group, show discriminatory material and / or violate the dignity of the people will not be accepted. 9.- The works presented must be original, own of the author or authors that present them. 10.- Participants accept both the exhibition at FestMedallo and the reproduction and / or dissemination of fragments of their works for informative purposes and / or promotion related to the festival. 11.- The Representatives of the films that are OFFICIAL SELECTION accept that, after the celebration of the FestMedallo, the trailers or fragments of their works can be exhibited in the channels of diffusion of the organization, that is, page and social networks of the Festival , for informative and / or promotion purposes related to the festival. 12.- The films produced outside Colombia that happen to be in the OFFICIAL SELECTION, it is understandable and logical that they can´t come to the FestMedallo. For all this, the director and the technical-actoral team are asked to send a thank-you video to show on social networks as well as at the Awards Gala. 13.- The inscriptions must be sent by means of ONLINE procedure in the allied page Sfilmmaker. The festival must receive the confirmation of participation through this platform, which includes an online link. The participant must ensure that the password does not change until the Festival ends. No registration other than ONLINE will be accepted through this platform.